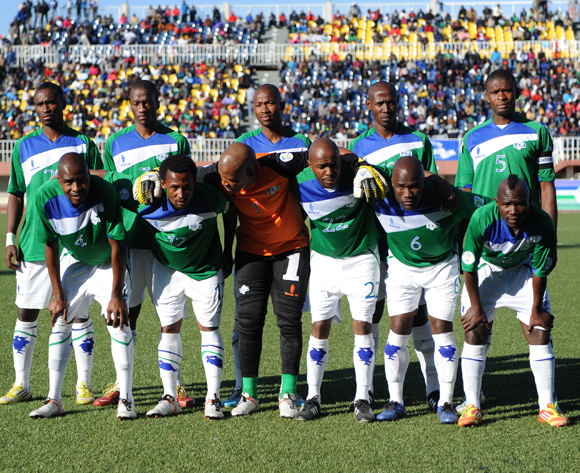 Lesotho booked their place in the final stage of 2015 African Cup of Nations qualifiers following a 1-0 aggregate win over the Harambee Stars of Kenya.

Likuena, who won the first leg in Maseru a fortnight ago, thanks to a second half strike from Tsepo Bushy Moletsane, held a more fancied Kenyan outfit to a barren goalless draw at the Nyayo National Stadium in Nairobi on Sunday afternoon.

They will now join Gabon, Angola and 2013 Afcon finalists Burkina Faso in Group C, with the top two of the group progressing to the tournament which will be held in Morocco next year.

The qualifiers kick-off next month.

Chances were few and far between with Kenya failing to find any guidance off the bench with head coach Adel Amrouche limited to watching from the stands.

The Belgium-born coach is serving a one-year ban for allegedly spitting at an official in an earlier qualifier.

James Nandwa was in charge of the Harambee Stars while Football Kenya Federation appeal the ban.

If Lesotho manage to go on and qualify for Afcon 2015, it would be the first time in their history that they had qualified for the continental showpiece.