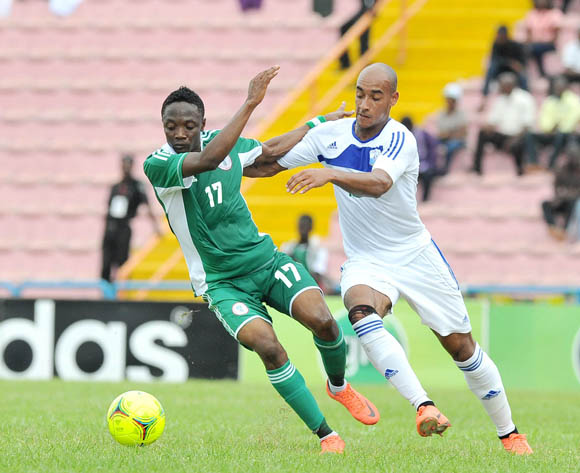 Nigeria vs Rwanda in a 2013 AFCON qualifier, it will not be so for the qualifiers for 2015

The Confederation of African Football (CAF) have upheld Rwanda’s disqualification from the 2015 AFCON qualifiers which confirms Nigeria will host Congo on September 6.

“We have received communication from CAF indicating that our appeal was not successful. Our officials and lawyers are now looking through the long letter to see the way forward,” Bonnie Mugabe, the Rwanda FA’s media and communication officer told AfricanFootball.com

On August 17th CAF disqualified Rwanda after Congo Brazzaville lodged a protest over the eligibility of Amavubi striker Birori Dady, who plays for DR Congo side AS Vita Club under a different passport, as Etekiama Agiti Tady, and a different age.

CAF said their investigations found that the DR Congo-born striker was born December 12, 1986 as it is indicated in his Rwandan passport, while his Congolese passport indicates that he was born on December 13, 1990.

But Mulindahabi has said they are now likely to take the matter to the Court of Arbitration for Sport (CAS).