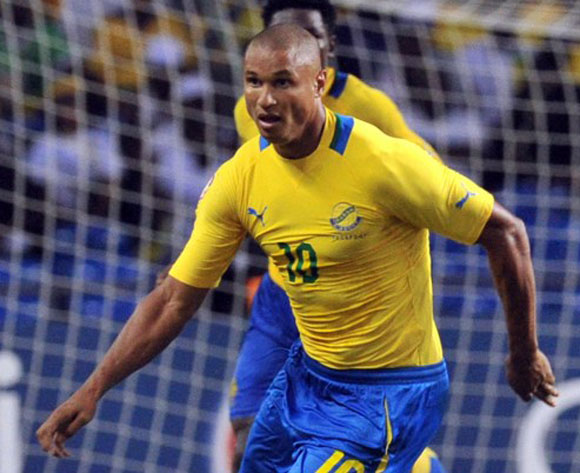 Gabon kicked-off their Group C 2015 African Cup of Nations Qualifying campaign with a 1-0 win over Angola at the Stade d'Angondjé in Libreville on Saturday.

With former Gabonese star Daniel Cousin  serving in his new role as  the teams General Manager, it was up to the likes of Borussia Dortmund striker Pierre-Emerick Aubameyang to spearhead the Panthers, who had struggled for results over the past few months.

In the end a goal from Samson Mbingui on the cusp of half-time proved enough for Gabon, who moved up to second place in the group, behind Burkina Faso , who beat Lesotho 2-0 in Ouagadougou.

The Algerian based midfielder finished off a superb move down the left flank, which included a neat back heel from Aubameyang, with a curling shot from the edge of the area to hand the hosts a 1-0 lead at the break.

Palancas Negras rested their hopes on the likes of former Manchester United striker Manucho who now plays his club football for Rayo Vallecano in Spain, the sturdy forward though, along with his teammates couldn't break down the home side on the day. Angola next welcome Burkina Faso in Luanda while Gabon travel south to take on Lesotho in midweek.