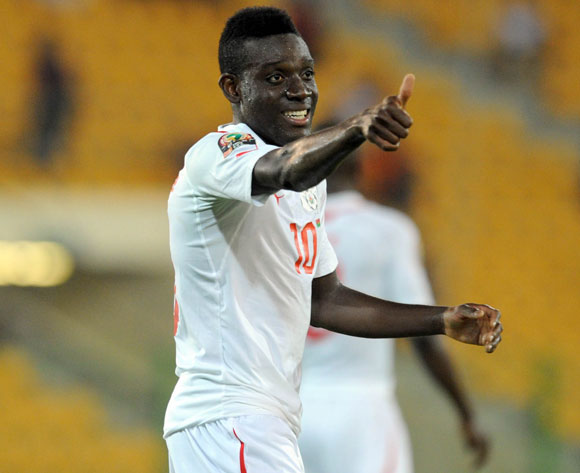 Goals from Jonathan Pitroipa and Alain Traoré on either side of the break helped the Stallions off to the perfect start and subsequently moved them top if their 2015 African  Cup of Nations Qualifying Group after the first round of fixtures.

Burkina Faso were dominant over the course of the 90 minutes, putting Likuena under a lot pressure in front of a buoyant crowd at the Stade du 4-Aout.

Pitroipa, who was one of the Stallions star players in South Africa last year opened the scoring with 11 minutes on the clock.

The 28-year-old found the back of the net from close range to send the home crowd into ecstasy.

Burkina Faso continued to control proceedings, but failed to add to their tally before the interval.

The Lorient striker continuing his impressive goal scoring record for the Stallions, netting in every second game for the West Africans.

Likuena were lucky not to concede more goals on the day with 19-year-old Chelsea youth player Bertrand Traoré, Pitriopa and the distinguishable Aristide Bancé causing the Southern Africans all sorts of problems.

Bancé notably forcing the Likuena goalkeeper into an acrobatic save from range with five minutes remaining.

Lesotho will next welcome Gabon in midweek while Burkina Faso next travel to Angola who went down 1-0 to the Panthers in Libreville.