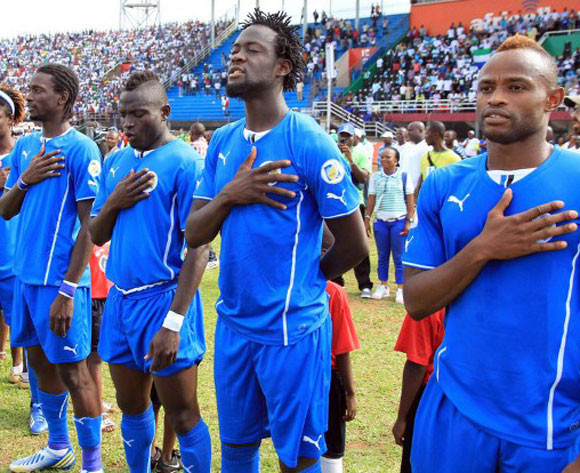 Cameroon are set to battle Sierra Leone twice in Yaoundé in October, in the Africa Cup of Nations Morocco 2015 qualifiers.

The Indomitable Lions were scheduled to travel to Freetown in matchday 3 of their qualifying campaign in Group D, before welcoming the Leone Stars at the Ahmadou Ahidjo Stadium four days later.

However, CAF have extended the ban on matches on Sierra Leone’s ground over the Ebola crisis.

“While not banning travel to and from affected countries, in line with WHO recommendations, the restriction on hosting CAF matches in countries worst affected by the Ebola virus was upheld. Until further notice, Sierra Leone, Liberia and Guinean would not host CAF competition games,” CAF have announced following the meeting of their Executive Committee in Addis Ababa last weekend.

Consequently, Sierra Leone’s Football Association have asked Cameroon about the possibility of hosting the Indomitable Lions in Yaoundé.

“Sierra Leone’s Football Association’s president, Isha Johansen contacted us to play their home game in Yaoundé. We forwarded the request to the Minister of Sports who gave us the green light,” Fécafoot general secretary, Tombi A Rocko confirmed.

The ball is now in CAF’s court for the final go-ahead.