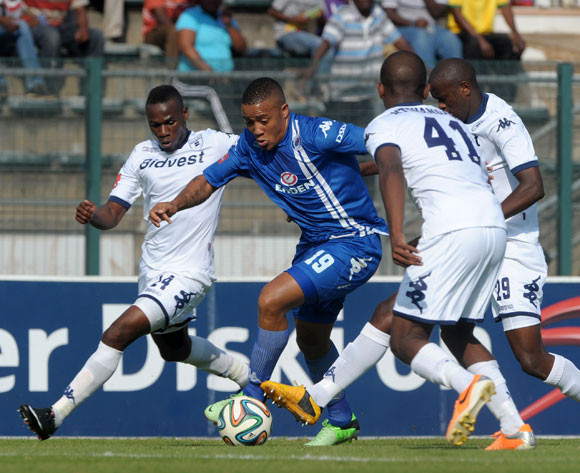 A seemingly rejuvenated SuperSport United outfit, under the stewardship of Gordon Igesund, cruised to 3-0 win over a 10-man Bloemfontein Celtic in an Absa Premiership encounter played at the Lucas Moripe Stadium on Saturday evening.

Goals from Dino Ndlovu, Thato Mokeke and Clayton Daniels secured all three points for SuperSport while Gabadinho Mhango was dismissed for Siwelele in the second-half.

The visitors showed promising signs in the opening exchanges of the encounter, but it was the hosts who would dominate the first-half.

Ndlovu opened the scoring in the 14th minute. The sturdy marksman broke free on goal following a superb pick-out by Bradley Grobler and the former Maccabi Haifa forward took a few touches before slipping the ball underneath the onrushing Patrick Tignyemb.

Thuso Phala then saw himself denied by the upright six minutes later. Phala went close once again soon after before setting-up Mokeke for the second a minute before the half-hour mark.

The former Platinum Stars midfielder played the ball into the path of the former Ajax Cape Town utility midfielder, who hit a fierce left-footed effort past Tignyemb.

The home side were deserved 2-0 leaders at the break.

Dove Wome squandered a glorious chance to extend the hosts’ lead 15 minutes into the second stanza. Grobler's effort from a tight angle was directed into the path of the Togo international by Tignyemb, but the midfielder failed to hit the target from close range.

Then Mhango received a straight red for lashing out at Sibusiso Khumalo in the 70th minute before Daniels bagged SuperSport's third on the night from the penalty-spot three minutes from time.

Prince Nxumalo was chopped down inside the area by Musa Bilankulu and Daniels duly stepped up and coolly slotted the ball past Tignyemb.

The win moves SuperSport up to ninth place on the log while Siwelele fall to 13th.