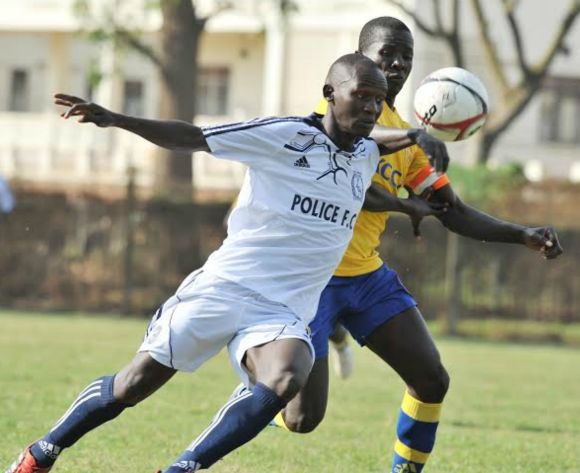 The 2005 regional Cecafa Club Champions Police FC on Tuesday reclaimed top spot on the log after a 3-1 win over Sadolin Paints FC in a Uganda Premeir League (UPL) match played at the Kavumba Recreational Ground.

“We have what it takes to win this title this season and other teams should watch out,” said a confident Police FC coach Angelo Lonyesi. His team has collected 11 points from five games, while SC Villa who have a game in hand are second, but have nine points.

Lonyesi said his Police FC team has been together for some time and the players know each other very well. “It is not by surprise that we are doing well at the start of the season. These players have been together for years and they blend well,” he added.

In the other game played at Wankulukuku Stadium, newly promoted Lweza FC registered their second win in the League with a 3-0 score against Entebbe FC. The win pushed Lweza FC to mid table at sixth place behind SC Vipers.

Fred Kalanzi netted a first half brace, while Osman Mutumba scored the third goal later in the second half. Action in the League continues on Wednesday with seventh placed Express FC hosting Bright Stars FC who are in third place.