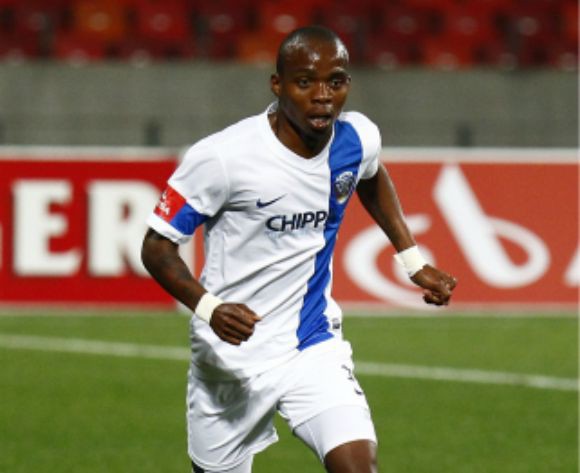 AmaZulu suffered a second defeat at home when they went down 1-0 to Chippa United in an Absa Premiership encounter at the Princess Magogo Stadium on Saturday night.

Mpho Mvelase scored the only goal of the match late in the first half as the Chilli Boys registered a third consecutive league win.

Aubrey Mathibe made the first save of the match in the 2nd minute, reacting quickly to parry an effort from Ugonna Uzochukwu.

Usuthu were then denied by the woodwork in the 13th minute as Bornwell Mwape’s effort crashed against the crossbar.

Mathibe made another good save in the 30th minute, using his feet to block a dangerous effort from George Akpabio.

The opening goal came four minutes later as Mvelase placed his shot beyond Mathibe’s reach after receiving a pass from Akpabio.

The home side came close to levelling matters from a freekick five minutes later but Mwape’s curled freekick went just wide of the upright.

The Chilli Boys had an opportunity to double their lead in the 85th minute but substitute Dumisani Zwane shot wide of the target and his effort landed up against the side-netting.

AmaZulu remain at the bottom of the table with three points from eight matches, while Chippa are up to fifth place with 13 points.