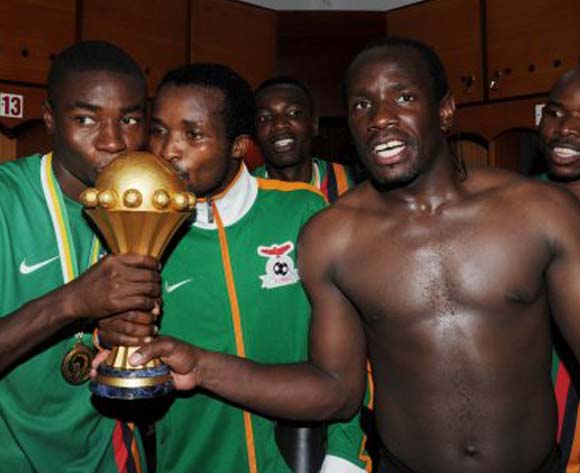 Zambia's 2012 AFCON winning team and staff are among 1356 individuals to receive special honours on Zambia's golden jubilee on October 24.

Zambia President Michael Sata will honour members of the team that died in the 1993 air crash off the coast of Gabon en route to Senegal.

Also on the 50th Independence Day anniversary honours list are members of the Zambia team that reached the 1988 Seoul Olympic football tournament quarterfinal, which includes Kalusha Bwalya and Manfred Chabinga.

The late coach Samuel "Zoom" Ndhlovu, who was in charge of that Olympic team, will be honoured too.