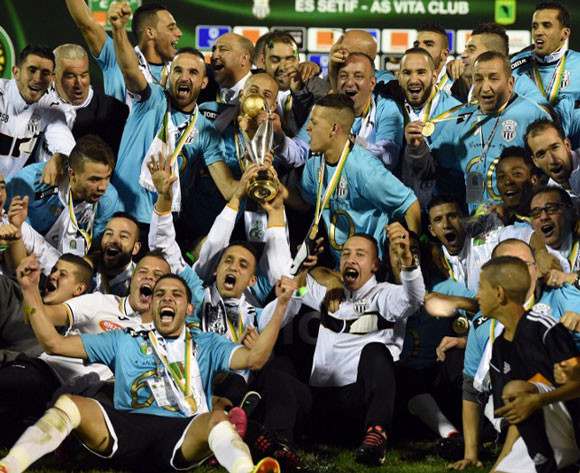 Setif beat DR Congo club AS Vita on away goals rule to lift this year's Champions League title following a 1-1 draw at home in Blida on Saturday night to win 3-3 on aggregate.

"I pay tribute to the local players who have shown they still have value. Managers should now also look at them and give them a chance, "Younis said who has scored eight goals in Africa this year including one in the final leg over the weekend.

Setif’s triumph also comes in the wake of the Algeria's recent qualification to the 2015 Africa Cup with two games to spare but using players predominantly born abroad or playing overseas.

The Algerians will represent Africa in the 2014 FIFA Club World Cup that will take place in Morocco from December 10-20.

"The World Cup awaits us, we will savour this moment sacredly and reflect on the win," Younes said.

Setif ended a 26-year title drought in the same competition and are the first Algerian club to win Africa's top club trophy in 24 years since JSK lifted it in 1990.

Furthermore it was also in 1990 that Algeria lifted its only Africa Cup title to date. CLICK HERE TO VISIT AFRICAN FOOTBALL ZAMBIA