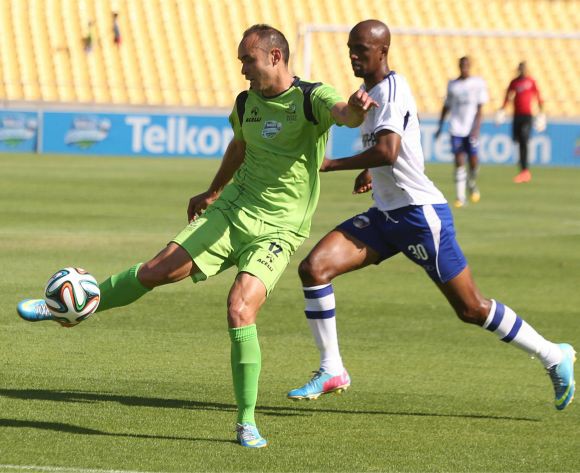 A single goal from Eleazar Rodgers five minutes into the second half handed Stars a 1-0 win over the Brazilians in the semifinal of the South African cup competition.

Stars will now be afforded a chance to defend the cup they won last year when they take on SuperSport United in the final of the Telkom Knockout.

SuperSport earned their place in the final of the competition with a 2-0 win over Orlando Pirates on Saturday night.

Sundowns, though, only have themselves to blame as they dominated the possession stakes, but failed to break down a resolute Stars defence.

The best chance of the opening half fell to Khama Billiat in thy dying seconds of the stanza when Ramahlwe Mphahlele picked out the diminutive Zimbabwean, but he somehow directed his header wide of Siyabonga Mpontshane’s goal from point-blank range.

Rodgers made Sundowns pay for the missed chances five minutes into the second half when he opened the scoring after breaking through on goal and procuring a clinical finish to beat the keeper, 1-0.

Sundowns controlled the match after that, but could not find the equaliser and their afternoon got even worse when Tebogo Langerman was handed his second yellow card three minutes from time.

“We came out strong in the second half and I am happy about that, but first and foremost I am happy for the team and the boys, for the supporters, for the club that we have made it to another final,” said Freese.

“It gives us the opportunity to defend our cup.

“We are looking forward to the final now.”