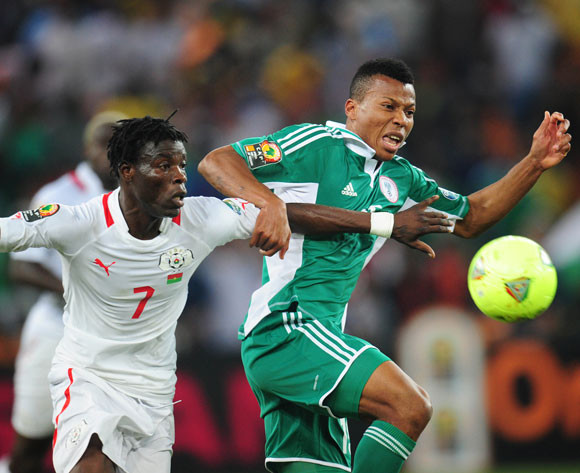 Ike Uche is back with the Super Eagles

Uche is staging a much-talked about comeback to the African champions after he last played for them in February 2013 against Burkina Faso.

He has been at daggers drawn with coach Stephen Keshi, who has finally bowed to pressure from the fans and media to recall the nippy forward for two crucial AFCON qualifiers against Congo and South Africa beginning on Saturday.

AfricanFootball.com has been told that Turkey-based defender Godfrey Oboabona was the latest arrival in the Eagles camp.

The arrival of Oboabona takes the number of foreign-based players in the Eagles camp to five.

However officials of the team said they expect almost a full house by Wednesday morning as several players have already arrived the country’s commercial capital city of Lagos.

"Several of the players are in Lagos. Emmanuel Emenike, Efe Armbrose and Raheem Lawal are in Lagos already," noted a top official.

"Mikel is expected to come in tomorrow (Wednesday) alongside Ike Uche. But I am sure we will have a full house before tomorrow evening training session."