'Made in China' Samuel opens door for Nigerians in little leagues 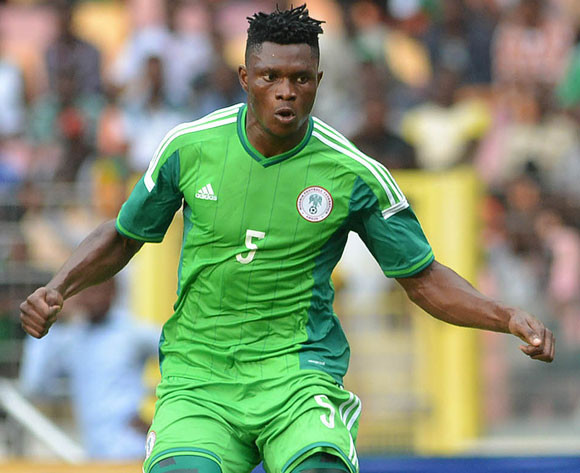 Rave of the moment and Eagles new goals machine Aaron Samuel Olanare has surprised many and proved his critics wrong with his goals and overall displays.

Most Nigerians hammered coach Stephen Keshi for calling up a player from China, who they tagged "Made-in-China”, but the striker has proved that after all said and done the game is all about your ability and what you produce on the pitch on day.

Both his goals oozed class – an acrobatic stabbing at the Sudan goal as Nigeria ran away 3-1 winners in Abuja and then his sweetly curled strike in Congo on Saturday firmly placed the Eagles on track for a place at Equatorial Guinea 2015.

Keshi has lauded his latest discovery, arguing that it is not all Nigerian players who are lucky to play for top clubs like Barcelona or in mainland Europe.

Desperation by Nigerian players to quit the country has also seen them opt for the backwater leagues from Albania to Moldova because they are better organised than what is obtainable at home.

Samuel’s performance should now open the door for players who are doing well in leagues not highly-rated and recognised by Nigerians as “major leagues” like Romania, Norway, Denmark and Sweden, where there are players flying the country’s flag high.

Players like Akeem Latifu (right back, Aalesund,Norway), Chima Daniel Chukwu(striker, Molde,Norway), Kennedy Igboananike (striker, AIK, Sweden), Leke James(striker, Aalesund, Norway), Kehinde Fatai(striker,(Astra Giurgiu, Romania) to mention but a few have been consistent performers for their clubs over the years and deserve a look-in by the national team handlers.

For unknown quantity Samuel, he started his career with 3SC and Dolphins before in 2012, he joined the growing list of Nigerians in Europe when he joined Valerenga.

He was later snapped up by another Norwegian club Sarpsborg 08 in 2013 from where he joined Guangzhou R&F in China in the summer of 2014 on a two and a half year deal with a fee of €1.4 million.

The youngster's first season in Europe with Valerenga was not great as he scored just a goal in five league appearances.

He is a big, powerful and direct striker, who has a good technique and has lately proved he knows his way to goal.

Is Aaron Samuel now the man to lead the Eagles attack as Emmanuel Emenike has fired blanks for Nigeria for more than a year?

Only time will tell.