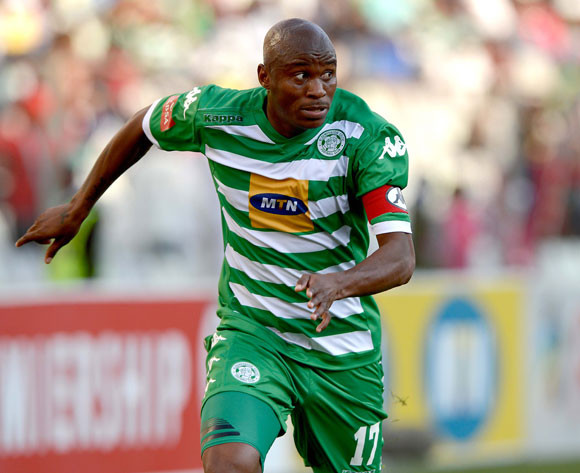 Neither Joel Mogorosi nor Mogogi Gabonamong played a part in the match having lost their places in the team following their travels with the Botswana national team in the recent Africa Nations Cup Qualifiers.

It was a close game which saw both sides having chances on the night, with Ajax keeper Anssi Jaakolla ultimately proving to be the match winner with some great late saves.

Apart from an early free kick from Keegan Ritchie which just missed the target and a Thabiso Nkoana close range effort which was saved by Patrick Tignyemb, there was little in the way of goalmouth action during the opening 20 minutes.

As the half progressed, the Urban Warriors began to stamp their authority on the possession and territory stats, but the best they could muster on goal was a couple of off-target shots from Nathan Paulse and later Milton Ncube, whose 30th minute effort brushed the side-netting.

It was however the home side who were to take what was arguably a deserved lead, five minutes before the half time break, when Bantu Mzwakali rolled the ball into the path of Granwald Scott, who scorched a shot into the top corner from 25-yards out, giving Tignyemb no chance at all.

Nkoana had the first chance of the second half, sending a shot arrowing towards the top corner 10 minutes after the restart, but Tignyemb had his angles well covered.

Celtic’s best chance of the game came on 66 minutes when substitute Gregory Maasdorp broke clean through on goal, firing in a powerful effort only to see Ajax keeper Jaakkola making a top class reflex save.

There was a half chance for Ajax on 72 minutes when Cecil Lolo nearly snuck in to score at the back post, while 10 minutes later Tashreeq Morris should have extended the Cape side’s lead when he created time and space for himself in the box, but his parting shot skimmed over the crossbar.

Phunya Sele Sele could have grabbed a goal in the 90th minute, but Jaakola was again on hand to preserve Ajax’s slender lead when he blocked Lerato Lamola’s stinging shot.