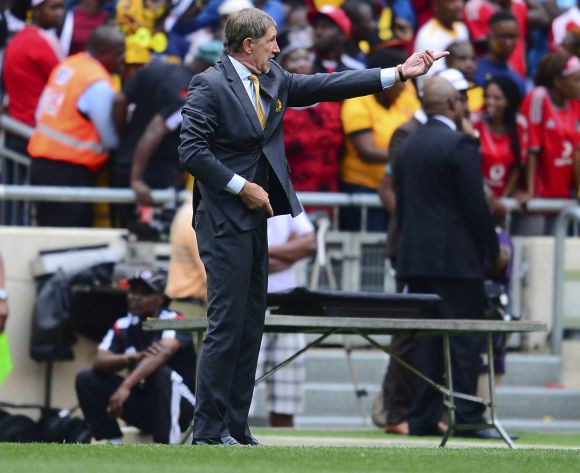 Siphiwe Tshabalala’s goal six minutes into the second-half trigged a succession of chances for the visitors who should’ve put the game to bed in the 65th minute, Reneilwe Letsholonyane shooting onto the crossbar with the goal at his mercy.

“Directly after the game you are just delighted that we got the result, if I try and analyse it I thought the first half was poor from both teams, thought it was slow, too many mistakes.

"And then I thought we played fantastically well in the second half and we should’ve killed the game,” said Baxter.

“We didn’t and we have a bad habit of not doing it, I then have to do some tactical gymnastics and Pirates winded the pressure up in the last 10, but we know we can play on the transition so yeah we killed the game off [eventually].

“It’s a bad habit that we’ve got [not killing a game], we had a lot of chances at that point, 1-0 is not a great lead to have in a derby. All it needs is a ricochet or piece of brilliance from one player, or bad refereeing decision so it was really hard work."

The win kept Chiefs' unbeaten record intact, while also stretching their lead atop the league standings to 14 points.

Baxter though has dismissed any suggestions that the chase for the league title is over.

“There is a long way to go, I will be delighted with this win tonightbut tomorrow morning it will be back to be working hard,” Baxter concluded.