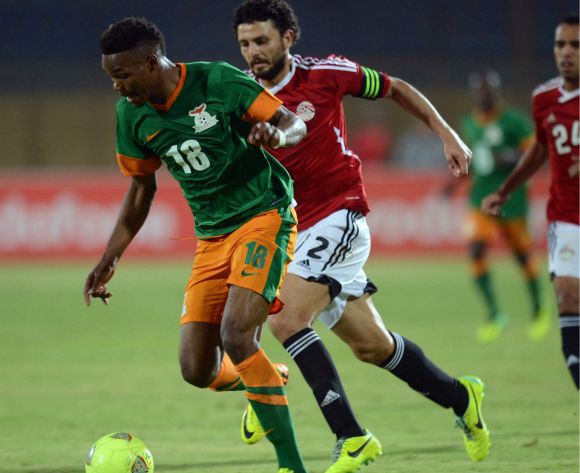 The 25-year-old striker has scored seven goals for league leaders Ironi Kiryat Shmona after twelve round of matches gone so far in the 2014/2015 season.

Kola is also number two on the top scorers charts and is six goals behind Israeli midfielder Eran Zahavi of Maccabi Tel Aviv.

The Zambian is one of two Africans inside the top ten together with Nigeria Under-20 striker Olarenwaju Ayoba who has five goals.

Kola is currently in his second season at Kiryat Shmona where he is on loan from Belgian club KAA Gent.

Meanwhile, Kola last appearance for Zambia came last March in a friendly against Uganda that Chipolopolo won 2-1 in Ndola in which only the striker played the opening 30 minutes before limping off with an injury.