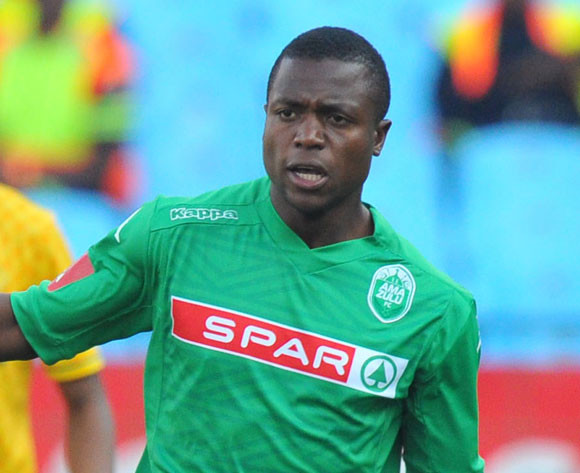 Amazulu and Zambia striker Bornwell Mwape will draw strength from his previous experience to help his new club survive the drop.

Amazulu are currently bottom of the PSL table with just one win and seven points from thirteen matches played.

Mwape told Amazulu’s official website that he was very familiar with the pressures of battling relegation at his childhood club Nchanga Rangers who survived the drop in 2012 to finish sixth.

“I was once in the same predicament at my former team [Nchanga Rangers] back home in Zambia a few seasons ago and I know what is it like to fight relegation," Mwape said.

"A never-say-die attitude and unity amongst us, the team’s players, will be a key for our survival."

Mwape has scored four goals in ten competitive games for Amazulu since joining the Durban club in June on a three year deal from Nchanga. CLICK HERE TO VISIT AFRICAN FOOTBALL ZAMBIA