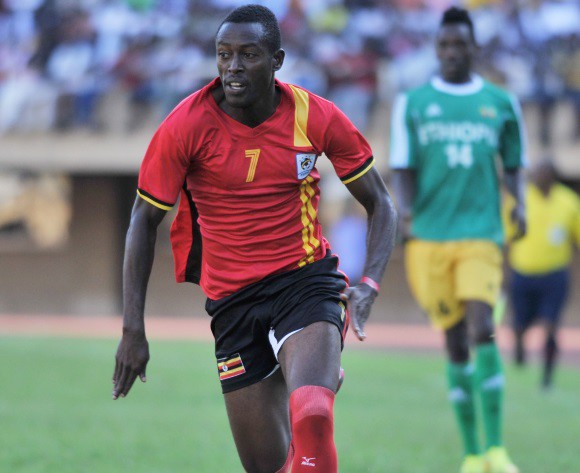 Majwega who had trials with Supersport FC over a month ago in South Africa signed a two year deal on Sunday in the presence of Azam FC CEO Saad Kawemba in Kampala. “I am happy that finally I can go and try my luck in professional football,” Majwega told AfricanFootball.com.

The talented Majwega has was a regular for Ugandan League champions KCCA FC and the national team during the 2015 Africa Cup of nations (Afcon) qualifiers. He also played an important role in the team’s qualification and participartion in the 2014 Africa Nations Championship (CHAN) in South Africa.

David Tamale, KCCA FC’s Secretary confirmed that Majwega had signed for Azam FC. “We wish him all the best in his new team,” added Tamale.

Although details of the deal have not officially been released, an insider said Azam FC paid KCCA FC US$50,000 for the move and also paid the player another US$20,000 as a sign-on fee.

Majwega becomes the second Ugandan player to feature for Azam FC in the last three years. Striker Brian Umony featured for the team for two seasons before his contract was terminated this year and he re-joined KCCA FC.