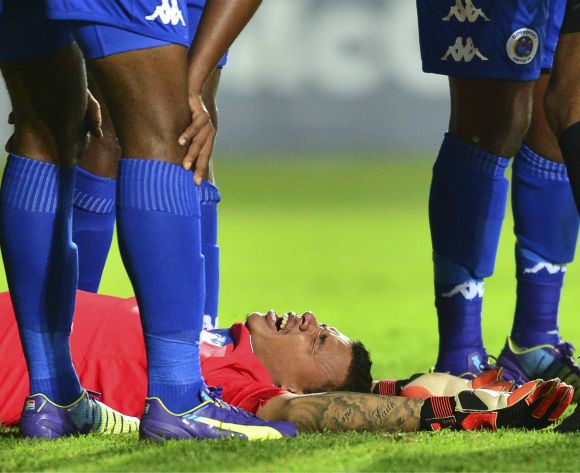 Williams had to receive serious medical attention following a collision with Sameehg Doutie in the first-half of their 1-0 loss to Bidvest Wits at the Bidvest Stadium on Wednesday evening.

The Matsatsantsa gloves-man was rushed to hospital and could now face several weeks on the side-line.

“It’s not good, he has a slight concussion, but the concussion is not the real problem at the moment. I think his jaw, cheekbone is broken so he will have to have a pin put in there or something,” said Igesund in the aftermath.

“His eye was very blue and swollen, he’s gone to hospital. We will pray for him and hope he is okay.

“Of course if those things happen in a game it’s very unfortunate. I don’t think there was any intent there, it was an accident. It was just bad luck.”

With George Chigova missing through injury, Amajita number one Dumisani Msibi came on to make his Absa Premiership debut, having just finished his matric examinations.

More details will be given on Williams’s recovery as they unfold.