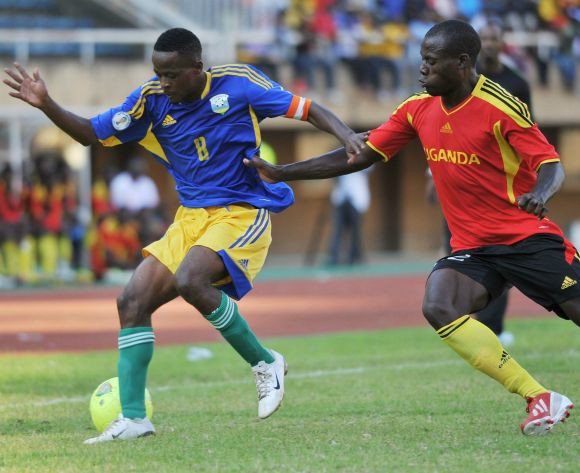 The latest rankings by the Federation of International Football Associations (Fifa) have placed Rwanda as the best ranked nation in the Cecafa region.

Rwanda who were disqualified from making it to the Group stages of the 2015 Afcon qualifier because of using double named player moved by 22 places and are now placed 68 according to the latest rankings released on Thursday.

Uganda moved by two places to 76th. Uganda’ national team (Cranes) came close to qualifying for the 2015 Afcon, but lost their last Group game 2-0 away to Guinea.

In the Cecafa region Tanzania also improved by seven places to 105, while Sudan moved to 101. Ethiopia, Kenya and Burundi all dropped. Interestingly Equatorial Guinea who will host the 2015 Afcon are ranked a distant 120.

World champions Germany retained top position, while Argentina and Colombia are second and third respectively. Algeria who reached the second round of the 2014 World Cup in Brazil remain Africa’s highest ranked nation at number 18.

Besides Algeria who are Africa’s best ranked nation, Tunisia are 22, while Cote d’Ivoire are ranked 28 and Senegal 35.

Rwanda to host Senegal in a friendly