Patsoi vs Keet in Belgium 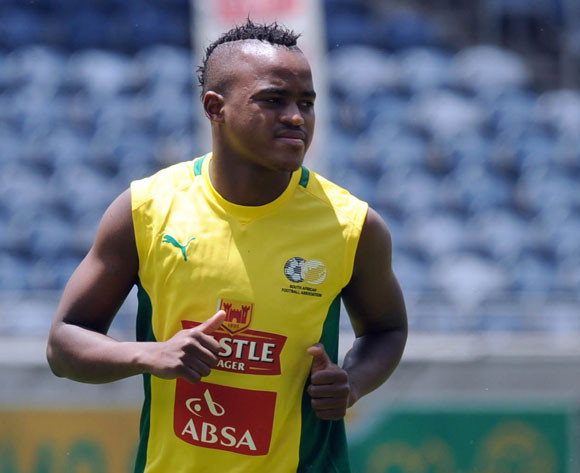 Bafana Bafana players Ayanda Patosi and Darren Keet will come face to face in the Belgium top-flight this weekend.

South Africa’s overseas-based players will have another busy weekend ahead of them as leagues in Europe begin to wind down for their traditional winter breaks.

In the Premier League, Steven Pienaar will hope to see action for Everton when they play away to Southampton on Saturday afternoon (17h00). The former Bafana Bafana captain was a second half substitute for the Toffees when they defeated Queens Park Rangers 3-1 on Monday.

In the Championship, Tokelo Rantie is progressing well in his recovery from a shoulder injury but Bournemouth’s trip to Blackpool will come about a week too soon for the Bafana striker, while Kagisho Dikgacoi’s Cardiff City are at home to Brentford (both 17h00 on Saturday).

Dropping down to England’s League One, Dean Furman will hope to return to action for Doncaster Rovers when they play away to Swindon Town, having missed their loss to Gillingham last weekend, while Kgosi Ntlhe’s Peterborough United are at home to Preston North End (both 17h00 on Saturday).

South Africa’s Belgium-based contingent is in for a busy weekend as the Pro League has its penultimate round before a festive season break. Andile Jali will hope to help KV Oostende back to winning ways when they host Cercle Brugge on Saturday night (21h00), while Sunday’s action see Anele Ngcongca’s Genk away to Club Brugge (19h00), while Ayanda Patosi will hope to score past his compatriot Darren Keet when Lokeren host Kortrijk (21h00).

In Holland’s Eredivisie, Thulani Serero should feature for Ajax Amsterdam when they travel to Excelsior on Sunday afternoon (15h30), while Kamohelo Mokotjo’s FC Twente are at home to Willem II later the same day (17h45). It will be the last round of league fixtures in the Netherlands before their festive season break.

In Germany’s 2.Bundesliga, Daylon Claasen’s 1860 Munich will finish off their league work for the year 2014 when they face RB Leipzig away on Monday night (21h15).