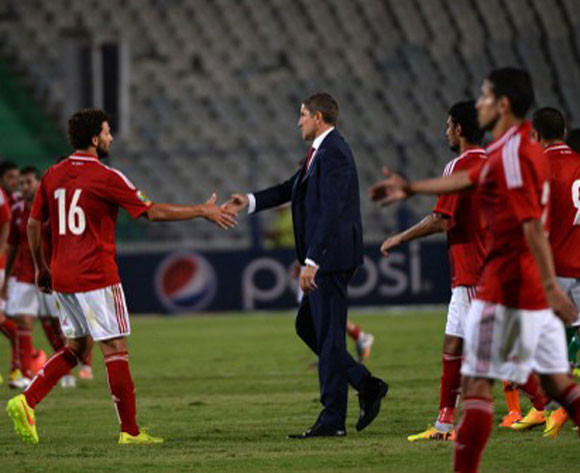 Sylvester Kirwa is among the three referees from the Council for East and Central African Football Association (Cecafa) region that have been picked for the 2015 Africa Cup of Nations.

The Kenyan who also officiated at the 2010 World Cup held in South Africa is among the high profile referees selected to handle the event that takes place January 17 to February 8 in Equatorial Guinea.

The event will also miss defending champions Nigeria who failed to make it in the qualifier. The nations that will participate in the tournament include; Equatorial Guinea (hosts), Algeria, Cape Verde, Tunisia, Burkina Faso, Gabon, Ivory Coast, Senegal, South Africa, Zambia, Cameroon, Congo, Mali, Ghana, Guinea and the Democratic Republic of Congo.Defending champions Entente Sportive Setif alongside three other ex-winners have been handed byes from the preliminary round of the 2015 CAF Champions League.

Record eight-time champions Al Ahly of Egypt, Tunisian giants Esperance who were winners in 1994 and 2011, including four-time victors TP Mazembe from DR Congo will all enter the fray in the first round.

Joining them on bye are 2006 runners-up CS Sfaxien of Tunisia, 2008 finalists Cotonsport from Cameroon and 2012 CAF Confederation Cup winners AC Leopards of Congo-Brazzaville.

However,Kaizer Chiefs of South Africa, who were 2001 champions of the old Africa Cup Winners Cup, kick off their campaign in the preliminary round.

Chiefs visit Township Rollers of Botswana in the first leg on February 13.

The South Africans face a Township Rollers side that will be hoping to emulate compatriots Gaborone United who eliminated Chief's archrivals Orlando Pirates at the same stage of the 2010 edition of the tournament.

Chiefs’ Gauteng rivals Mamelodi Sundowns and 2001 tournament runners-up also enter the competition in the initial stage with a trip to sunny Seychelles to face St Michel.

Also kicking off in the preliminary round are 2009 Confederation Cup champions Stade Malien of Mali who play AS GNN of Niger.

Preliminary round first leg matches will be played during the weekend of February 13 while the return legs will follow on February 27.

Winners advance to the first round on March 13 where the big guns on bye await.