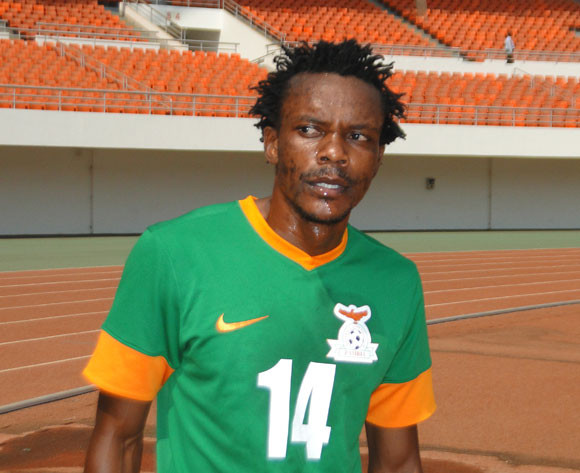 Zambia striker Given Singuluma has indicated that he will be looking for a new challenge away from TP Mazembe after the 2015 Africa Cup.

Singuluma has been a faithful servant at Mazembe since 2009 after he was dumped by South African club Bay United.

"I am looking forward to going elsewhere. I have been at TP for a long time," Singuluma said.

" I just have to work hard at the AFCON and see if I can attract an offer."

The highlight of his half-a-decade stay at Mazembe was in 2010 when he inspired the DR Congo club to their fourth CAF Champions League title after scoring a brace in their 5-0 first leg, home win over Esperance en route to a 6-1 aggregate victory.

Meanwhile, Singuluma was recently handed a new lease of life by Zambia coach Honour Janza who ended his two-year exile from the team that the striker has repaid with two goals in seven matches since August.

Singuluma has also made the list of Janza's provisional 26-member team that goes into camp in Johannesburg on Boxing day for Zambia's final phase of team selection for the 2015 Africa Cup. CLICK HERE TO VISIT AFRICAN FOOTBALL ZAMBIA