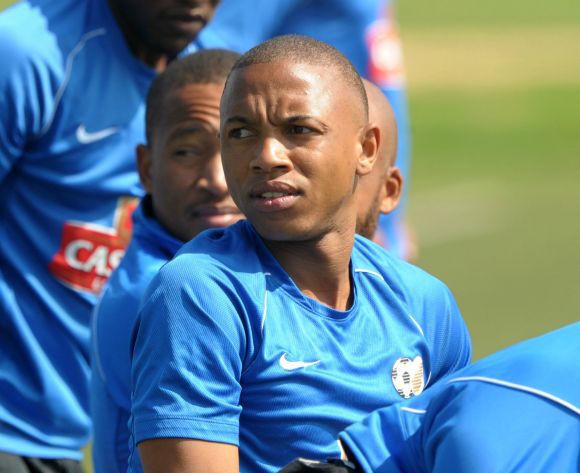 Andile Jali, Anele Ngcongca, Darren Keet and Ayanda Patosi have joined the Bafana Bafana camp as the team continues its preparation for the upcoming African Cup of Nations.

South Africa entered camp on Boxing Day in Johannesburg where the team will continue its preparation ahead of the showpiece in Equatorial Guinea next month.

Jali, Ngcongca, Keet and Patosi, who all ply their trade in Belgium, reported for duty on Monday morning and will be joined by Tokelo Rantie later in the day.

The Bournemouth striker who suffered a dislocated shoulder last month will undergo medical assessment once he arrives in the country.

Thunlani Serero [Ajax Amsterdam in the Netherlands] and Dean Furman [Doncaster Rovers in England] will only join the team in the New Year.

Serero will join his teammates on 2 January for the pre-tournament camp while current Bafana Bafana captain Furman looks set to miss the warm-up game against Zambia as he is only expected to arrive in South Africa on 4 January.

South Africa will conduct a training session at the AW Muller Stadium in Johannesburg at 18h00 in Monday evening, the morning session was called-off.

Mashaba will trim his squad to 23 players on Tuesday.

The tournament kicks-off on 17 January.