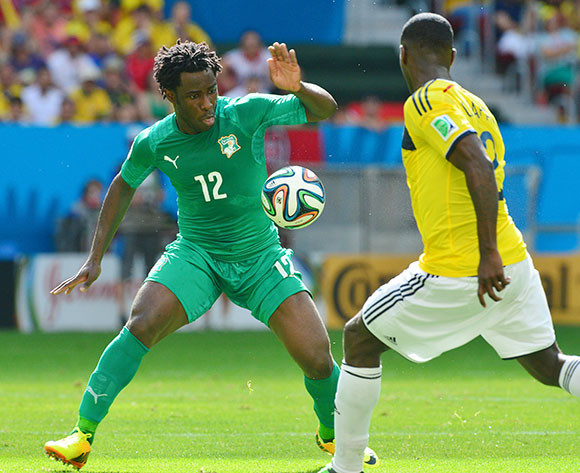 Warri Wolves skipper Azubike Egwuekwe has said Nigeria ‘B’ team will not be intimidated by the pedigree of star-studded Cote d’ Ivoire when both teams clash in a friendly in Abu Dhabi on Sunday.

AFCON-bound Cote d’Ivoire are expected to line up their top stars like four-time African Player of the Year Yaya Toure, Wilfried Bony, Salomon Kalou and Chieck Tiote against a Nigerian team drawn from the domestic league with only Switzerland-based midfielder Steve Ukoh from overseas.

Egwuekwe said he and some of his teammates have come up against the likes of Lionel Messi, Mario Baloteli and Iniesta and so he does not expect them to suffer inferiority complex on Sunday against the Elephants top stars.

"This is the time for the home-based players to show that they can do it," said the towering central defender, who featured at the 2013 FIFA Confederations Cup in Brazil.

"For me, I am never scared in any game. It’s 11 players each on the pitch. I have played against top players like Iniesta, Fernando Torres and people told me I did well. So who is Wilfred Bony? We will match them man to man."

Nigeria assistant coach Daniel Amokachi will be in charge of the team in the absence of holidaying Stephen Keshi.

He has dropped one of the leading scorers in the league last season Ighodalo Osaguona from his squad, insisting he has picked players based on current form.

Nigeria defeated the Ivorians 2-1 in their last clash at full international level in a 2013 AFCON quarterfinal in South Africa, while the Eagles 'B' side eliminated their Ivorian counterparts to qualify for a first-ever 2014 CHAN, also in South Africa.

The Eagles are also due to face Sudan in Dubai on Saturday, January 17 and Egwuekwe described the encounter as a grudge match as Sudan defeated Nigeria in Khartoum to deny the Eagles from defending the Nations Cup title in Equatorial Guinea this month.

"We want to beat Sudan because they were part of the reasons we are not at the Nations Cup today. We want to tell them that what the professionals can do, we in the home-based can also do," he declared.