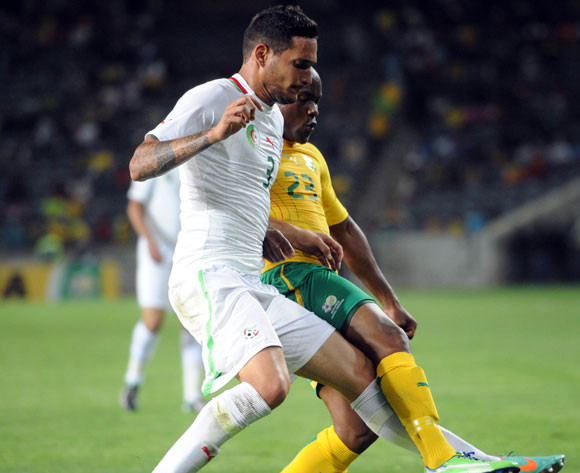 Tunisia were held at home on Sunday evening by ten-man Algeria in a pre-2015 Africa Nations Cup friendly.

The African neighbours finished 1-1 in their North African derby played at Rades.

Both goals came in the last seven minutes of the first half in what was the two sides' first international engagement in 2015 en route to Equatorial Guinea this week.

Algeria took the lead in the 39th minute when defender Liassine Cadamuro headed in the opening goal.

However, the Osasuna defender's celebrations were short-lived after he was sent off three minutes later.

Tunisia then equalised a minute before the breakthrough Ajaccio midfielder Wahbi Khazri who whipped in a direct free kick.

The goal came as a relief to Tunisia coach Georges Leekens after midfielder Jamel Saihi had early in the game hit the post in the 6th minute.

Algeria are in Group C in the group of death alongside Bafana Bafana, Senegal and Ghana.

They face Bafana in their opening game on January 19.

Tunisia are in Group B and will play Cape Verde in their pool opener on January 18.

Zambia and DR Congo are the other teams in Group B.