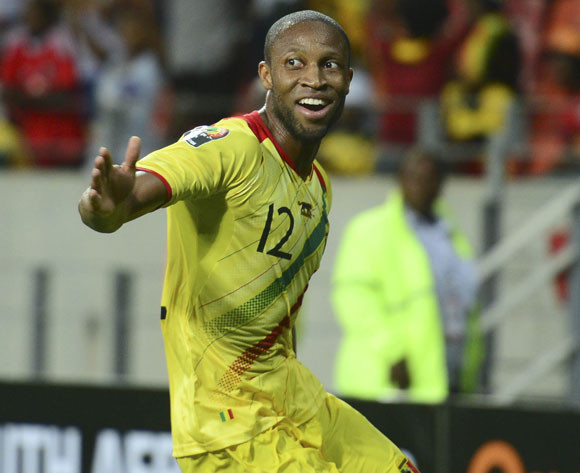 When it comes to the Africa Cup of Nations, this XI has seen and done it all before. We pick our favourite team of veterans who will be appearing at the 2015 edition in Equatorial Guinea.

Kennedy Mweene (Zambia)
An AFCON winner with Zambia in 2012, where he was an inspiration figure in goal, Mweene is heading to his sixth continental tournament with Chipolopolo.

We’ve gone for a back three which will be anchored by the elder Toure brother, Kolo, from Ivory Coast. The 33-year-old has well over 100 caps for the Elephants and was first part of a Nations Cup squad way back in 2002.

Algeria’s captain and leading defender has actually only played in one previous AFCON – the 2010 edition in Angola – but as he has over 60 caps under his belt and has been to two World Cups with the Fennec Foxes, he more than makes the grade for this team.

Completing our back three is Mali defender Tamboura. The 29-year-old is amongst the most experienced members of the Eagles’ current squad and will be appearing in his fifth AFCON in 2015.

Zambia’s current captain and a key figure in their 2012 Nations Cup triumph, 28-year-old Kalaba is heading for his sixth successive AFCON tournament and will form part of a four-man midfield.

We couldn’t leave out the reigning African Player of the Year, could we? The 31-year-old Manchester City playmaker will be hoping to inspire the Elephants to an AFCON title in what will be his sixth successive appearance at the tournament.

Keita will be 35 by the time the 2015 AFCON starts, but he remains the heart and soul of Mali’s team. The former Barcelona man first appeared at a Nations Cup way back in 2002 and will be making his seventh showing at the tournament this year.

Given a winger’s role in our veterans team, Pitroipa really wrote his name into AFCON history by being the ‘Player of the Tournament’ in 2013 as Burkina Faso ended as runners-up. He also featured for the Burkinabe in the 2010 and 2012 editions.

Gyan has played in four previous AFCONs with Ghana and gone to at least the semifinals in all of them. The 29-year-old Al Ain forward will again be the Black Stars’ spearhead as they look to end a 33-year drought in the Nations Cup.

A veteran of four AFCON tournaments, two World Cups and the Olympic Games in 2008, Kalou is certainly worthy of this team in terms of experience. The 29-year-old tends to blow hot and cold, particularly for the Elephants, but will see 2015 as a great opportunity for glory.

Completing a potent line of three forwards is Tunisia's Amine Chermiti. Though not a prolific player at international level, the 27-year-old has been to three previous AFCONs and has plenty of experience under his belt. CLICK HERE TO VISIT AFRICAN FOOTBALL ZAMBIA