Why Keshi will get new contract - Pinnick 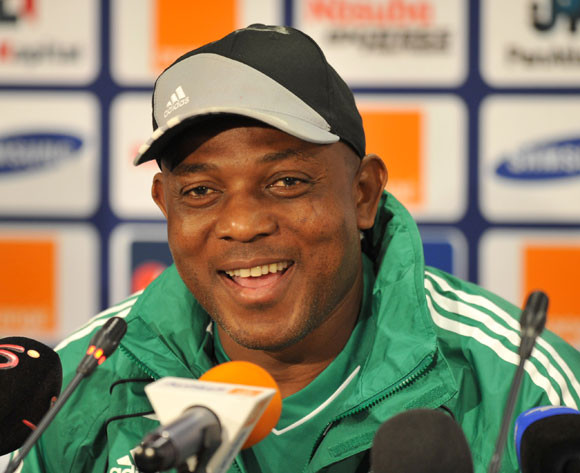 Stephen Keshi back at the helm again

NFF president Amaju Pinnick has said Stephen Keshi will be given a new contract because “he has won everything” and only needs to be supported to improve his capacity and that of the team.

Keshi has yet to be given a new contract since his initial deal ran out after the World Cup in Brazil last year.

"You will agree with me that Keshi has won everything; he just needs to be enhanced in terms of building his capacity and that is exactly what we intend to do,'' said Pinnick.

"It’s like when you are building a house and you feel that the house needs to be enhanced so you put other structures for enhancement and that’s what we are going to do.”

He added: "Keshi is going to be offered a new contract.

"And making sure in terms of player selection, there is science of players which means fitness and so many other things.

"So, all those are the things that are going to be embedded in the contract.

"When they are embedded in the contract we are also looking at areas that will improve our performance.

"That when there is any window we will be able to send him on internship, attachment to various clubs in Europe.

"All those are things we are doing to enhance his capacity.”

But the NFF executive committee has remained divided over a new deal for the coach with a section canvassing for Keshi to stay on in the hope they will finally gain the support of the government.

In October, Keshi was “unanimously” sacked by the executive committee, but soon after he was re-instated with most reports claiming that this was at the instance of the country’s President Goodluck Jonathan.

Keshi has been variously linked with other countries with Equatorial Guinea the latest reported to be keen to hire him, but they eventually settled for the Argentine Esteban Becker to lead them at the Nations Cup, which starts on Saturday.