Why we chose Mali - Shakes 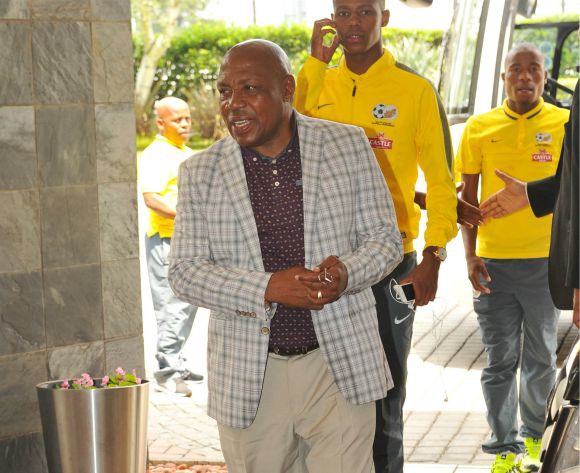 Bafana Bafana coach Shakes Mashaba explains why they chose to play Mali and hopes they give his team a proper test when they meet on Wednesday in a warm up game.

South Africa face Mali tomorrow (Wednesday, 14 January 2015) at the Monedan Stadium in the final preparation match for the two nations ahead of the CAF Orange Africa Cup of Nations Equatorial Guinea 2015 tournament.

Bafana Bafana played to a 1-1 draw against Cameroon in an international friendly match on Saturday, 10 January at the Stade de L’amitie in Libreville, Gabon.

"Let’s start with the Cameroon match. Before that game we had good preparation sessions and enjoyed good facilities here in Libreville. Now we are faced with our last match here, which is Mali.

"We can only hope they give us a run for our money, that is why we selected them because with the Cameroon match gone, we already know what to expect when we get to the tournament.

"We are really hoping that Mali comes strong as Cameroon, and not come here and treat it as a training match.

"But I know that when two nations meet it has never been a friendly, there is a lot at stake – the question of pride is number one.

"But we are looking forward to that match as that is the last game to show what kind of team we have.

"I think our planning here in Gabon was spot on as we achieved everything we wanted to achieve in terms of acclimatization, weather and it is also a 45-minute flight from here to Equatorial Guinea so not too much to travel and not much difference between the two countries weather-wise, and the time difference is the same."