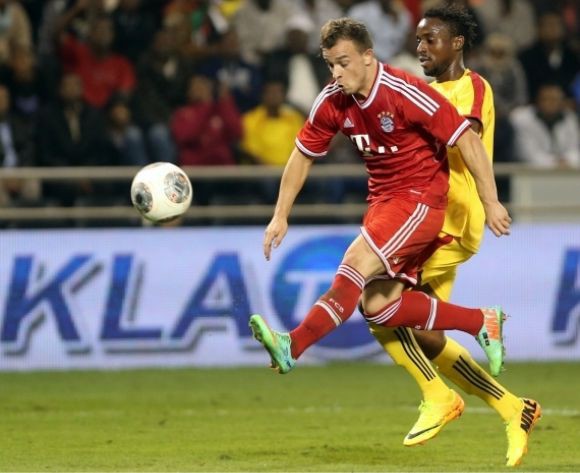 An El merreikh player (L) out paced during a game against Bayern Munich last year.

Sudanese giant side El Merreikh will face Germany Bundesliga side, FC Schalke 04 in an International friendly on Wednesday night
El Merreikh under new coach Diego Garzitto will use the match as a build-up ahead of the start of the 2015 Sudane Premeir League and the CAF Champions League preliminary round.

The club board announced last month that an agent offered them to play two friendly matches against FC Schalke 04 and French Champions Paris Saint-Germain while in Doha.

The former Sudan League champions Merreikh will face Tanzanian champions Azam FC in the first round preliminaries of the CAF Champions League next month and take on El Fasher in the opening fixture of the Sudanese Premier League on January 27.