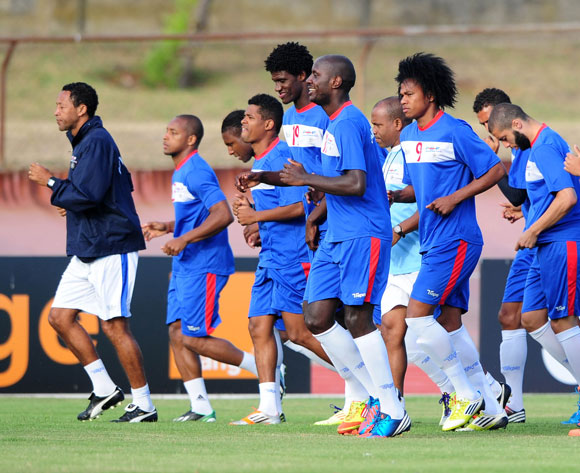 Cape Verde will look to stun former Africa Cup of Nations champions Tunisia when the teams meet in their opening Group B clash of the 2015 tournament at the Nuevo Estadio de Ebebiyin on Sunday, 18 January. Kick-off is set for 21h00 CAT.

The Blue Sharks, who are participating in just their second AFCON (having made their debut in South Africa 2013 with an impressive run to the quarterfinals), are one of the most improved sides in world football over the past two or three years.

And Tunisia can attest to that statement, as they were somewhat lucky to finish ahead of the Islanders in their second round qualifying group for the 2014 World Cup – Cape Verde saw their 2-0 win over the North Africans overturned after fielding an ineligible player. The Islanders would have progressed into the final round of qualifying were it not for that indiscretion.

They boast several classy players, including defenders Fernando Varela and Gege, midfielder Babanco, winger Ryan Mendes and Sporting Lisbon striker Heldon. If the Islanders ‘click’ then they definitely have the ability to advance into the knockout rounds.

And the same can be said of Tunisia. They may have suffered a blow with the withdrawal of forwards Fakhreddine Ben Youssef and Saber Khalifa, but there is still plenty of class and quality, most of it based coming from the North African country’s super clubs such as Esperance, Club Africain, Sfaxien and Etoile Sahel.

Coached by Belgian Georges Leekens, the Carthage Eagles were highly impressive in qualifying, finishing unbeaten at the top of a preliminary group that included Senegal and serial AFCON champions Egypt.

Tunisia will be making their 12th successive appearance at the Nations Cup tournament and 17th overall. Their zenith arrived in 2004 when, as the host nation, they won the AFCON for the first time.

The North Africans will be looking to erase the memories of their performance in South Africa 2013 when they were eliminated in the group stage.

They beat Algeria 1-0 in their opener, but a 3-0 loss to Ivory Coast and 1-1 draw with Togo saw them finish third in the standings.