Skipper Kabore says Burkina down, not out 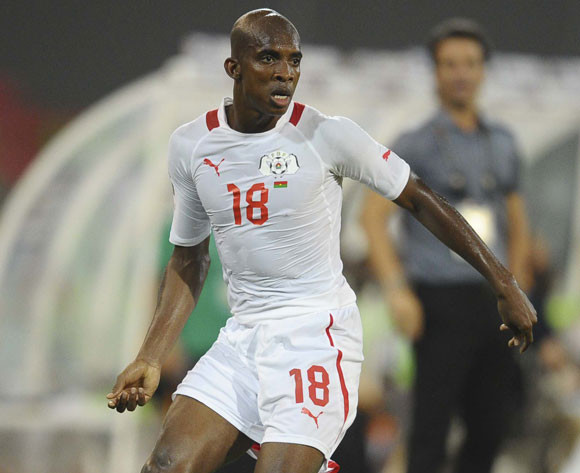 Burkina Faso skipper Charles Kabore has said his team may have lost their opening Group A match in the 2015 Africa Cup in Equatorial Guinea, but they have not been eliminated from the competition.

Gabon beat the beaten finalists of the 2013 AFCON on Saturday in Bata with goals in either half by skipper Pierre-Emerick Aubameyang and Milick Evouna.

The Azingo National also stopped the West Africans by the same scoreline in the qualifying tournament in Libreville in October.

However, Kabore has insisted they could still qualify from this group despite this initial setback.

“This competition is not yet over for us,” declared the Russia-based midfielder.

“We are all disappointed we had a lot of chances, but we were not lucky and not precise in front of goal.

“But we still have two more games, so is not over yet.

“Were we to win against the host nation (on Wednesday), then everything will be back on track for us. We cannot lose hope.

“If we won our next two games, we will be through to the next round.”

The Stallions were simply wasteful in front of goal with 2013 AFCON MVP Jonathan Pitroipa and the Traore brothers, Alain and Bertrand, among the worst culprits.

Gabon, on the other hand, took their chances well and were further helped by the brilliance of Belgium-based goalkeeper Didier Ovono, who pulled off several point-blank saves to the frustration of the other team.

Burkina Faso are now bottom of the standings after hosts Equatorial Guinea were forced to a 1-1 draw by Congo in the opening match of the tournament.