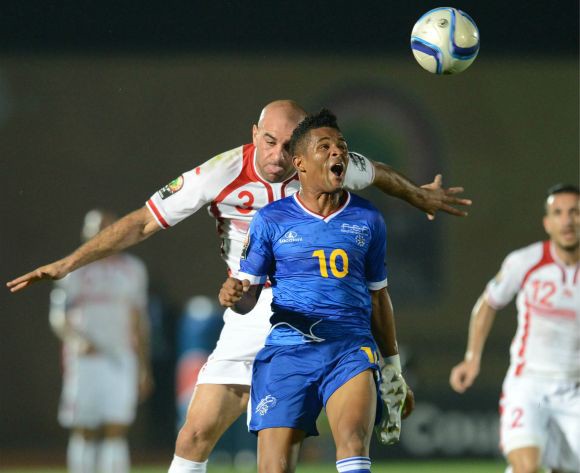 Cape Verde coach Rui Aguas has described his team’s 1-1 draw with Tunisia in the Africa Cup of Nations as a ‘good result’.

The Blue Sharks fought back from a goal down to salvage a 1-1 draw in their Group B opener in Ebebiyin on Sunday night, with Heldon scoring a late penalty to cancel out Mohamed Ali Mancer’s opener.

“We wanted to win and I believe we did everything to win. We were better in the first half and had good possession of the ball. We lost some concentration and Tunisia scored,” said Cape Verde’s Aguas after the match.

“We came back from a goal down and in the end it was a good result.”

The Islanders’ next match sees them take on DR Congo (who drew 1-1 with Zambia) on Thursday evening.