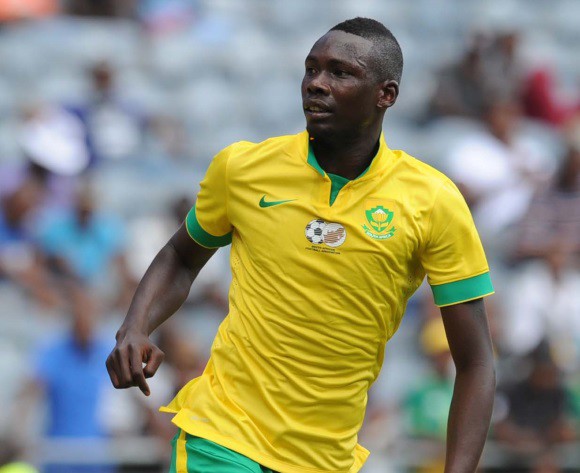 Bafana Bafana head coach Shakes Mashaba has made two changes to the starting 11 for their 2015 African Cup of Nations clash with Senegal on Friday.

The Group C encounter at the Stade de Mongomo kicks-off at 21h00 CAT.

Jackson Mabokgwane has been named between the sticks in place of Darren Keet who drops to the bench following a below average performance against Algeria which Bafana Bafana lost 3-1.

The other change comes in defence with Erick Mathoho returning from suspension just in time to replace the injured Rivaldo Coetzee who had to be stretchered off in the defeat to the Fennec Foxes on Monday.

Mathoho will partner Thulani Hlatshwayo with Anele Ngcongca and Thabo Matlaba filling in at right-back and left-back respectively.

The midfield remains unchanged with Dean Furman, Andile Jali, Oupa Manyisa and Thuso Phala, who scored South Africa’s only goal in the opening match, given the nod.

Furman will once again captain the side in what is a must-win game for South Africa.