Mashaba: I have no regrets 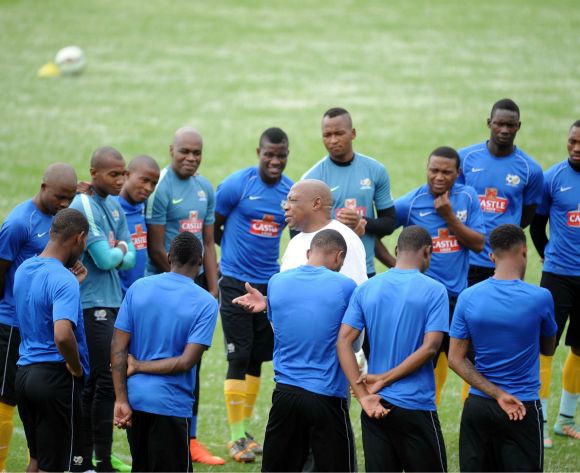 Shakes Mashaba coach of South Africa during a training session

Bafana Bafana coach Shakes Mashaba has made it clear that he has no regrets for leaving players like Thulani Serero, Itumeleng Khune and Tefu Mashamaite out of the Africa Cup of Nations squad that recently came back from the tournament with only a point.

Mashaba told safa media that the presence of these players would not have guaranteed different results; instead he is proud of his young team.

“We should not lose sight of what these boys have done to get us here; only that we have failed to progress to the next round of the tournament. I am happy with the contribution of the players in this tournament, and yes, as I said before, some did not come to the party but we still managed to win the hearts of people with our display,” he said.

Mashaba said he has no regrets about the players he selected because they were selected based on current form and he will not be surprised if one or two receive a n offer from overseas clubs.

“The players have established themselves and I will not be surprised if one or two gets an overseas offer. If you look at the stats, we were the fastest and quickest attacking team, but of course there are some areas that we need to work on when we get back home,” he said.

With the Under 20 team doing well currently and some of its players having already featured in the Bafana Bafana set up, Mashaba said he will be keeping a close eye on them because they are the future.

“Some of the players in the U20 squad were also part of the Bafana Bafana squad a few months ago – like Fagrie Lakay and Dumisani Mbisi. In time we will be able to say we have the players who have gone through the ranks of junior national teams and they know it all,” said Mashaba.