Will dazzling Bifouma now get his chance in Europe? 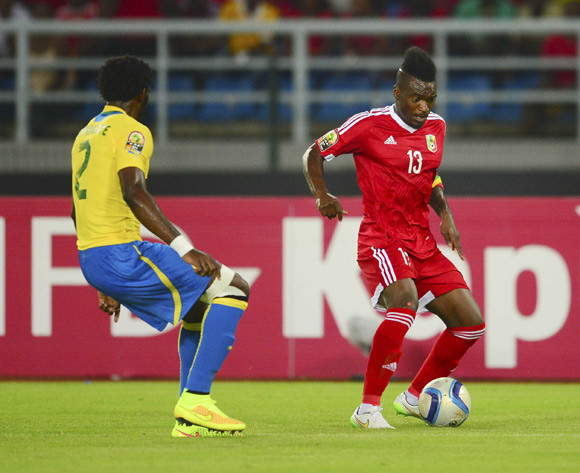 Bifouma (right) against Gabon at the AFCON

Thievy Bifouma has risen to the occasion at the Africa Cup of Nations with goals as Congo Brazzaville hope to extend a fairytale run with qualification to the semi-finals today.

“Congo have some very good players and Bifouma is certainly one of them. He is a very quick, a very dangerous striker,” warned DR Congo coach Florent Ibenge.

He has shrugged off an injury he suffered in a final Group A match against Burkina Faso in Mongomo to be available for today’s match against DRC.

Bifouma is the tournament’s leading scorer with two goals in a competition where goals have been in very short supply, and his all-round play has caught the eye in Equatorial Guinea.

The 22-year-old forward with a punked afro hair-do spoiled an opening day victory party for hosts Equatorial Guinea when he grabbed a late equaliser at a jammed 35,000-capacity Estadio de Bata.

He was also on target as Congo beat Burkina Faso 2-1 to reach the last-eight of the tournament.

He underlined his class in last year’s qualifying tournament when he grabbed a brace in a man-of-the-match performance against champions Nigeria at home.

This was only the second game for Congo by the striker born in Paris but was cleared by FIFA to change his international allegiance after representing France at U20 and U21 levels.

Bifouma is blessed with a great close control, packs a good shot and loves to run at defences with his speed, balance and power, but at club level he still has to prove his undoubted huge potentials.

He is currently on loan at perennial La Liga strugglers UD Almeria from Espanyol after passing through the youth ranks at Strasbourg and Espanyol.

Since he made professional debut for Espanyol in 2011, he has been shipped out on loan to Las Palmas in the Spanish second division as well as West Bromwich Albion in the English Premier League, where he made a handful of appearances last year.

In the close season, reports suggested he was unhappy and wanted to quit Espanyol, who insisted he could only do so at the right price.

He was fined for reporting late for pre-season, before he later negotiated a loan move to Almeria.

“It has been a difficult summer for me. I have been in an uncomfortable position with Espanyol, but there has also been the beauty of becoming a father and now I have found a good place to practice my profession,” he said then.

“To play well, you have to be happy and that’s what Almeria have offered me.”

He has a contract with Espanyol till 2017, but on the evidence of what he has so far shown with Congo, he deserves a far better run in Europe sooner rather than later.