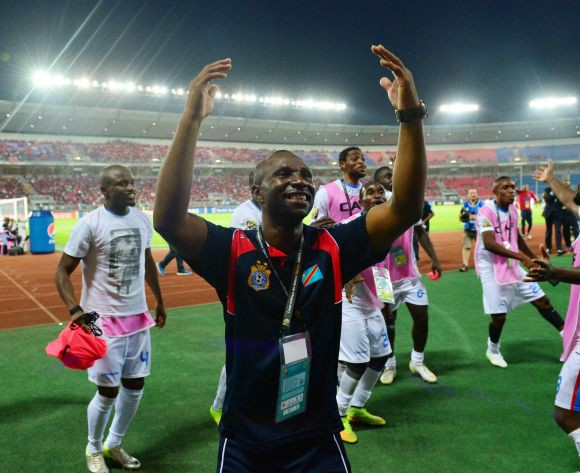 DR Congo shocked Congo when they rallied from 2-0 to win 4-2 in the two sides 2015 Africa Cup quarterfinal derby played in Bata.

"We never lost hope and confidence that we could still win the match," Ibenge said.

"If we had lost to Congo, it would amount to us not doing anything at this tournament. A defeat today would have been a lot tougher on us."

DR Congo were the better side during the first 55 minutes of the match before their across-the-river rivals scored two goals in a space of six minutes against the run of play.

Ferebory Dore put the Red Devils ahead in the 55th minutes before Thievy Bifouma added goal number two in the 61st minute after capitalising on some poor defending for both goals by The Leopards.

However, Dieumerci Mbokani sparked The Leopards comeback when he cut Congo's lead in the 65th minute to score his first of two clinical finishes on the night.

Jeremy Bokila leveled in the 71st minute while Joel Kimwaki nodded DR Congo into the lead in the 80th minute off a Neeskens Kebano free kick.

Mbokani killed off the contest in stoppage time when he poked in the ball after beating defender Davy Bissiki before skipping goalkeeper Christoffer Mafoumbi to see DR Congo through to the semifinals for the first time since 1998.

The 1968 and 1974 champions will face winner of Sunday’s quarterfinal duel involving Cote d'Ivoire and Algeria on February 4.