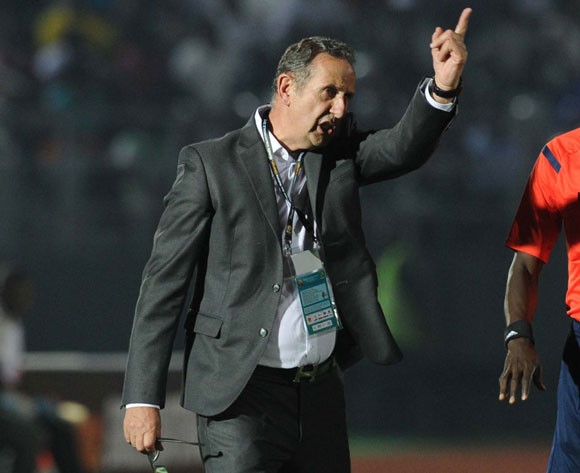 Tunisia coach Georges Leekens has blasted referee Rajindrapasad Seechurn from Mauritius over his decision to award a penalty against his team, which eventually led to their elimination from the AFCON Saturday night.

Javier Balboa despatched the penalty and drew Equatorial Guinea level before grabbing the match winner in extra time through a superb free kick to qualify Nzalang Nacional to a first-ever AFCON semi-final.

But Belgian coach Leekens insisted it was not a fair decision and it robbed a better team the chance to progress in the competition.

“It is difficult to accept the decision of the referee. This victory was certainly not merited, not in this way. We were the better team,” fired a furious Tunisia coach.

“This was too bad for football and Tunisia didn’t deserve this.

“I am having to hold back my emotions, but this is not acceptable and it is not about the players (attacking the referee after the game). It is about what happened in the game.

“My players are proud to leave their clubs and come down to play for their country. They are a fantastic group and are very unhappy now.

“Everyone makes mistakes, this one was a big one.”

Saturday’s second quarterfinal in Bata was most certainly not a good advertisement for African football as there were scuffles both on and off the pitch, pitch invasions by celebrating fans and frustrated Tunisia players struck the referee at the end of this match before he was accompanied by riot police to the dressing room.