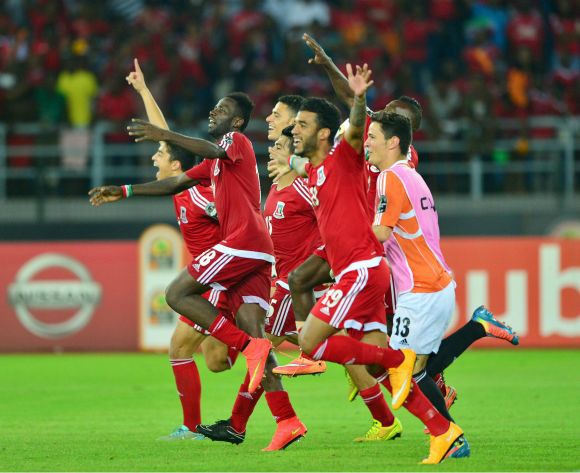 Ahead of the 2015 CAF African Cup of Nations semi-final clash between Ghana and hosts Equatorial Guinea on Thursday night, the football governing body has made its decision on who the referee will be.

The Gabonese official, Eric Arnaud Otogo-Castane has been named as the man to officiate the semi-final amidst the controversial decisions he made during the match between the hosts and Tunisia.

The appointment of the match official from the neighbouring Gabon comes just two days after the referee in Equatorial Guinea’s match favoured the host nation by allegedly awarding a dubious penalty which helped the home side to edge past Carthage Eagles to reach the last four.

The move by CAF has raised suspicions that the referees favour the home side Equatorial Guinea and with the referee coming from their neighbouring country Gabon, the suspicions by Ghana football fans could be right.

Referee Eric Otogo-Castane has already courted controversy in this tournament as Tunisian FA lodged a formal complaint to CAF over his performance in their match against the Blue Sharks of Cape Verde for the penalty he awarded the latter.

After the match, there were questions raised over whether Ben Youssef’s challenge was in the box and how much contact was made but referee Otogo-Castane pointed directly to the spot.

However, the referee did superbly to spot that Ali Maaloul’s foul on Heldon in the 38th minute was just outside the box with Cape Verde appealing for a penalty.

The National Lightning as the hosts are known, stunned Tunisia 2-1 in Bata on Saturday, and know they have a mountain to surmount against the four-time winners at Estadio Nuevo do Malabo.