BREAKING: Another shame as AFCON semi is marred by violence 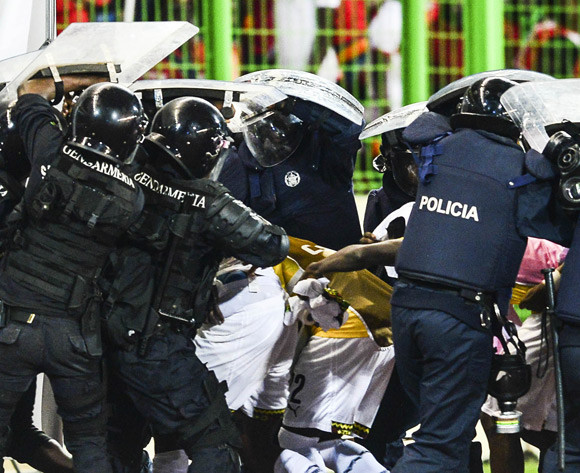 Thursday’s AFCON semi-final between host nation Equatorial Guinea and Ghana was held up for over 35 minutes after fans at the Estadio de Malabo went on rampage with the home team down 3-0 in the closing minutes.

Hundreds of Ghana fans were forced to the race tracks of the stadium after they were attacked by Equatorial Guinea fans.

The angry fans also threw missiles into the pitch forcing the game to be held up as CAF officials scurried around to take a decision on this debacle.

Military helicopters flew over the stadium to evacuate some of the trouble makers before the match was restarted inside a near empty arena.

This latest shame for African football comes just days after the fiasco involving the host nation and Tunisia.

The Mauritian referee, who awarded a late controversial penalty that helped Equatorial Guinea come back to win 2-1, has since been banned for six months and sent home.

CAF are now expected to bring down the big hammer on the host nation after this latest fiasco with the third-placed final between Congo and Nzalang Nacional on Saturday likely to be played behind closed doors.