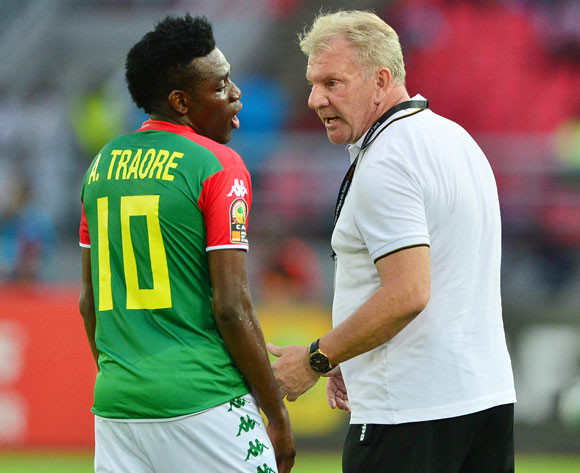 Burkina Faso are set to decide the fate of Belgian coach Paul Put after they failed to go past the group stage of the AFCON three year’s after they played the tournament’s championship game.

Put is expected to submit his technical report for Equatorial Guinea 2015 to the Burkina federation Friday after which the executive committee will decide on whether he stays or go.

The Stallions lost two Group A games, only drawing with host nation Equatorial Guinea in their second game.

This was a huge anti-climax for a country who in 2013 were pipped 1-0 in the final of the competition by Nigeria.

Burkina Faso journalist Jerome Tiendrebeogo told AfricanFootball.com: “The federation will study the report, which the coach will submit on Friday, after which they will take a decision.

“But the general thinking is that he will be asked to go.”

There is already a clamour for former Paolo Duarte to be reappointed in place of Put.

The 58-year Put handled Gambia before he took charge of Burkina Faso in March 2012.