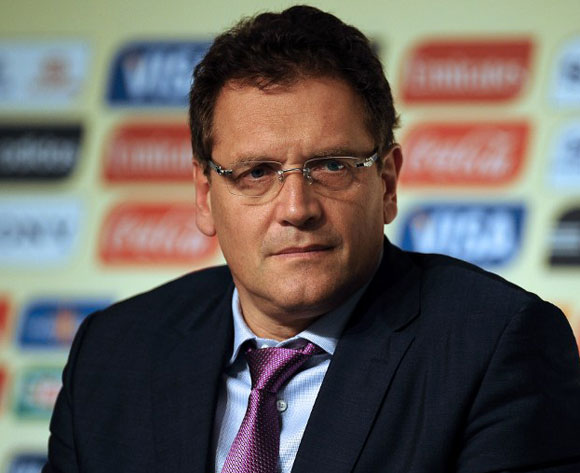 The Federation of International Football Associations (Fifa) has said the Kenya FA risk a ban if they do not put their house in-order in relation to having one national league.

For the past one month the Football Kenya Federation has maintained that there will only be one league called the FKF-Premier League with 18 teams, while the body mandated to run the League, Kenya Premier League (KPL) insists that the League will remain with 16 teams.

KPL confirmed that they will start their league in Saturday 21 February, while FKF run by the President Sam Nyamweya confirmed that the FKF-Premier League will kick off on 14 February 2014. The developments come as a result of the disagreements between FKF and KPL over the number of teams that should feature in top tier league.

But in a letter written last week by the Fifa Secretary General Jerome Valcke, he states that Kenya risk a ban if they fail to get a quick solution.

"I have personally written to FKF over the issue and we are expecting that soon the matter will be resolved. “We are not going to allow two leagues in the country. In this situation the league that we recognize is the one that is mandated to do so by our affiliate and we will at all times try and protect our members as long as they are doing the right thing,” he added.

Valcke further states that if there is no solution then Fifa will not hesitate to impose a ban on Kenya.

Even after receiving the letter from Fifa, FKF has insisted that the league should consist of 18 teams, while KPL backed by the FIFA Independent consultant’s report insist the league will have 16 teams.