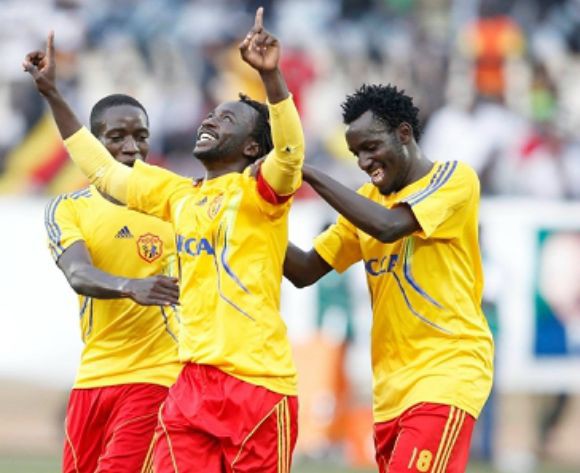 Uganda League Champions, KCCA FC have injury worries ahead of their first leg encounter in the CAF Champions League preliminary round against Cameroon’s Cosmos De Bafia on Saturday.

Club Coach Abudallah Mubiru told AfricanFootball.com on Monday that attacking midfielder Micheal Birungi who was involved in an accident last week will miss the game. The coach said new signing Francis Ronald Olaki is also a doubt as he might need to pass a late fitness test after straining a muscle.

Olaki who was part of the Uganda Cranes team that participated at the 2014 Africa Nations Championship (CHAN) joined from Armenia’s KF Tirana, together with goalkeeper Benjamin Ochan from SC Victoria University are some of the new players who have been registered for the Ugandan Champions in the Champions League.

“We have a number of players who can fill the gaps. But we are working hard on our striking line as we need to get goals in this first leg. It is always good to make good use of the home advantage before traveling for the return leg,” added Mubiru.

Last year KCCA FC managed to eliminate Sudan’s El Merreikh in the preliminary round before falling to Zambia’s Nkana FC in the next round. But Mubiru is optimistic they will perform better this time. “We are determined to go a step better this time and hopefully make it to the Group stage,” he said.