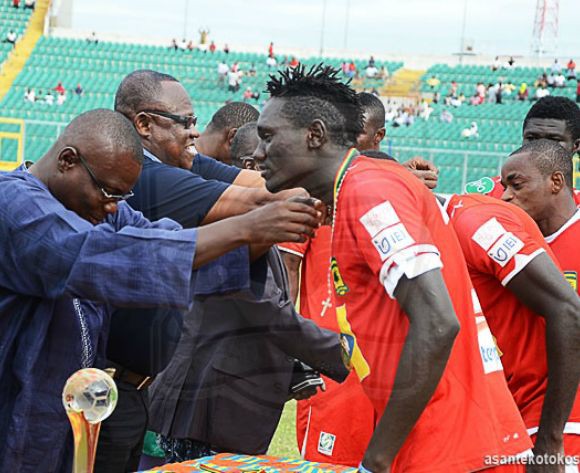 The Federation of International Football Associations (Fifa) has cleared Ugandan International Joseph Ochaya to leave Ghana’s Asante Kotoko and join a team of his choice.

Edgar Watson, the Chief Executive Officer of the Ugandan FA told AfricanFootball.com that they had received communication from Fifa indicating that Ochaya has provisionally been cleared as the single judge studies the evidence in the case.

Ochaya who has been part of the national team has been involved in a player transfer dispute with the Ghana League Champions refusing to release him and yet the player said they did not fulfill the contract terms.

FIFA gave the Ghana FA a January 20th ultimatum to show prove why they cannot give Ochaya an International Transfer Certificate, and the Ghana FA replied in time. The World football governing body last week went on to select a single judge, Geoff Thompson to handle the matter.

Ochaya who has also been invited by the national U-23 coach Milutin ‘Micho’ Sredojevic ahead of the 2015 All Africa Games qualifier against Mozambique has been training with Uganda League Champions KCCA FC.

David Tamale, the KCCA FC secretary said they are happy Ochaya is now cleared and his International Transfer Certificate (ITC) has been sent.

“We have received his ITC and he is now ready to play for the club,” said Peter Kibazo. Ochaya will however miss the KCCA FC match against Cameroon’s Cosmos De Bafia. He will await clearance by the Confederation of African Football (CAF).

Ochaya left KCCA in 2012 for Ghana’s Asante Kotoko where he featured for close to two seasons before falling out with the club and since left the Ghana giants in 2014.