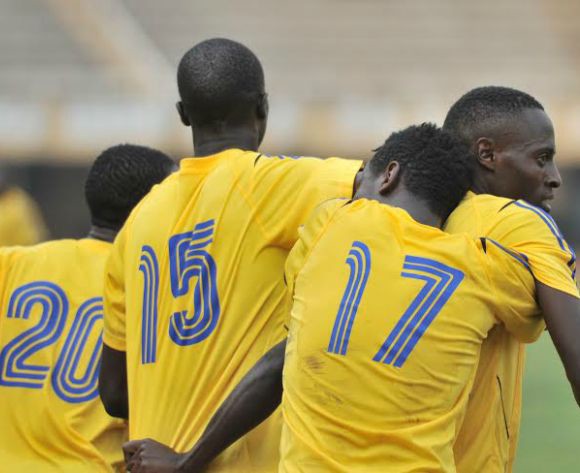 Defending champions KCCA FC will go top of the log if they register victory over army side Simba SC in a Uganda Premier League game to take place at the Philip Omondi Stadium on Friday.

Coach Abudallah Mubiru’s team is using the game as a build-up ahead of their trip to Cameroon for a return leg clash of the CAF Champions League tie against Cosmos De Bafia. “We shall not take the match lightly, but will try to score as many goals as possible,” Mubiru told AfricanFootball.com.

After a 1-0 win away to Entebbe FC on Tuesday, KCCA FC moved to third place on 33 points. Victory today will send them joint top with SC Villa, but will a possible better goal difference.

Herman Wasswa who scored the lone goal in the CAF Champions League tie against the Cameroon side last weekend said he is trying to be focused to score many goals this year. “I am trying to work hard so that I score more goals than I scored last season,” said Wasswa.

The other games on card will see Rwenshama FC face SC Victoria University, while Bidco FC hosts Soana FC. SC Victoria University who are in 13th position and are under the leadership of a new Chairman, Muhammad Nsereko will face a difficult task as most of their players joined other teams during the transfer window.

Azam TV is the Tanzanian based company that signed a deal a US$1.9m with the FA to broadcast the League after the federation terminated the contract with South Africa’s Super Sport.