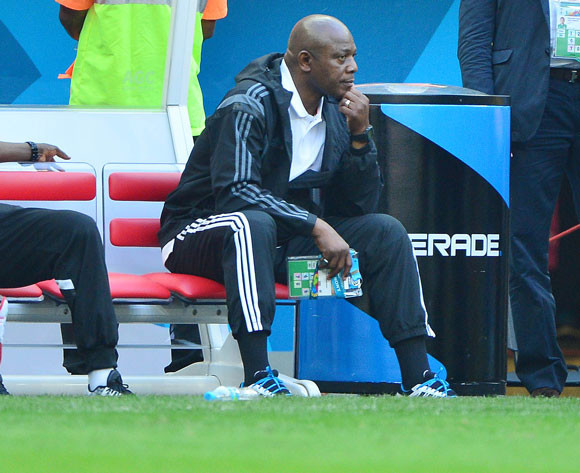 AfricanFootball.com can exclusively reveal that coach Stephen Keshi’s new deal will pay him three million Naira (less than $15,000) a month, which is a huge pay cut from the five million Naira he earned in his first contract.

“The new contract that has been finalized by the Nigeria Football Federation will see Keshi earn far less than he received in his first contract,” a top source told AfricanFootball.com

“The federation is broke and they do not want to promise what they cannot pay.”

Initial media reports had suggested Keshi could get a pay rise and earn seven million Naira a month with the coach himself insisting he deserves to be paid a lot more.

Keshi’s initial three-year contract ran out after he led the Super Eagles to the Round of 16 at last year’s World Cup in Brazil and he has since been working without a contract.

NFF president Amaju Pinnick has told reporters he expects Keshi to resume work as Eagles coach this week after he would have agreed to the new contract.

"We have concluded on the contract of Keshi. It should get to him by Tuesday (today) and if he is fine with it, he would begin work as early as Wednesday," declared Pinnick.

Keshi has also been linked with the Burkina Faso top coaching post after Belgian Paul Put was fired following a disappointing showing by the Stallions at the recent AFCON in Equatorial Guinea.