Keshi blasts NFF boss, says he could move on 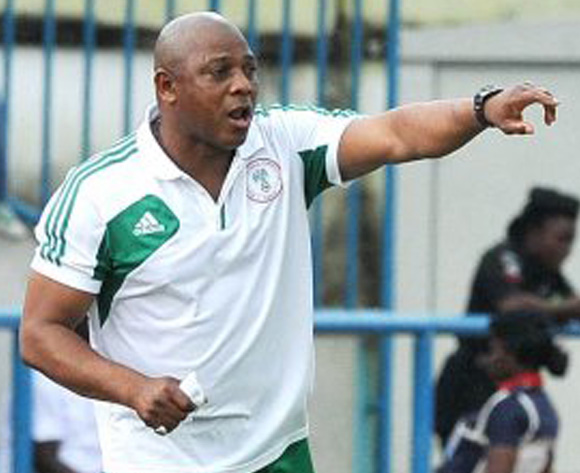 Coach Stephen Keshi has fired at NFF boss Amaju Pinnick, insisting the federation believe they are doing him a favour by appointing him to lead Nigeria again but he is ready to walk away.

There is no love lost between Keshi and NFF boss Pinnick and this was further underlined by the latest statements by the coach.

"The NFF thinks without Nigerian football there is no other place to coach. This is a very wrong assumption,” fired Keshi.

This week, Pinnick disclosed Keshi could resume as Nigeria coach should he agree on a new deal, which will pay him far less than what he received when he first headed the Super Eagles.

Keshi also said the NFF are yet to pay him salaries for two months as well as the win bonus for the 3-1 home win over Sudan in a 2015 AFCON qualifier.

"I heard also Amaju said he has paid us everything, that he is not owing us. It is a lie, big-time lie. He is owing us two months plus our winning bonus for the game against Sudan,” said the coach.

“What is he talking about? Because I am keeping quiet, I don't want to talk? Now if they want me to talk, I will start talking and let Nigerians know what is happening.

"I will let Nigerians know what is happening. I don't understand, how can Amaju, who says he is the president of Nigerian football, be lying to Nigerians? Is that how he wants to run Nigeria Football?

“They are owing us money they have not paid and instead of him to say okay there is no money yet or something, he is telling everyone he has paid everything."