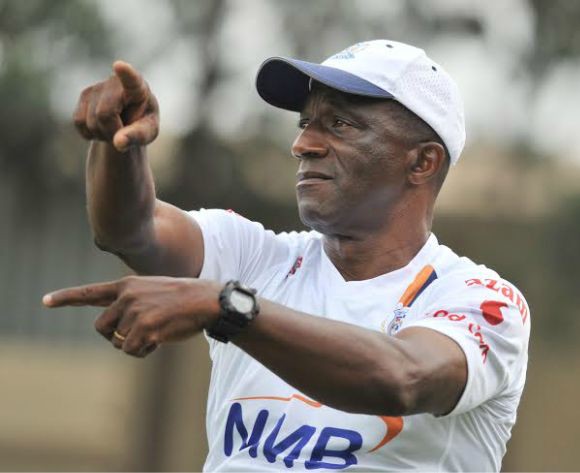 On Saturday Azam FC were humbled 3-0 away to Sudan’s Al Merriekh in Khartoum. The Tanzanian champions who have spent massively in player recruitment had won the first leg 2-0.

“We have made some changes as Omog and one of the assistant Ibrahim Shikanda are leaving the club, while another assistant George Nsimbe takes over as interim Coach,” said a statement from the Club.

Omog who guided Azam FC to their first League victory last season said it was the nature of the job as a club can ask you to leave any time. Omog, who guided Congo (Brazzaville) club AC Leopards to the 2012 CAF Confederations Cup title, reportedly texted some of his players informing them that he had been expelled from the club.

Ugandan born Coach Nsimbe was handed the task of steering Azam FC for the rest of the season with instructions to retain the Tanzania Vodacom League title. Azam FC are currently second on the log behind Young Africans FC.

Incidentally, last season, Nsimbe coached the Ugandan side, KCCA FC which knocked out Al Merriekh in the opening round of the 2014 CAF Champions League.