Five things we learned from Sundowns' loss at Wits 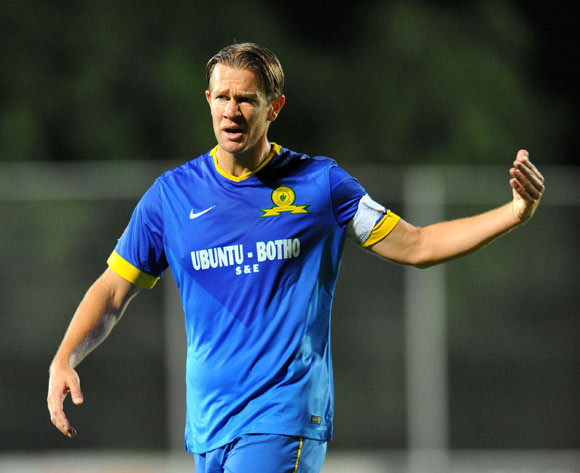 Here are five things we learned from the league meeting:

Ramahlwe Mphahlele will need time to settle at centre-back

While there is no doubting Ramahlwe Mphahlele's qualities at centre-back, it will take some time for him to adapt to the position.

With Alje Schut set to leave the club come the end of the season, word on the street suggests he will deliver the captain's armband at Mphahlele's doorstep before taking to flight back to the Netherlands.

Mpahahlele captained South Africa at youth level and journalists will tell you that he is one of the the most media-friendy players in Mzansi. While I think he will flourish at centre-back, his mistake to let in Sibusiso Vilakazi suggests the former AmaTuks fullback might need some time to make the spot his own.

Phumlani Ntshangase is the real deal

Not many can keep Teko Modise quiet, but somehow Bidvest Wits young gun managed to firmly place the former Orlando Pirates favourite firmly in his back pocket.

While it might have been Vilakazi who stole the headlines, it was Ntshangase who should receive the plaudits.

Having already skippered the Clever Boys, signs suggest the 20-year-old holding midfielder has a bright future ahead of him.

We have to take Bidvest Wits seriously

It is time we take Bidvest Wits seriously. As media houses were are guilty of focusing all our energy on the so-called 'big three'. While that might be what the public want, it is only fair that we give credit where credit is due.

The Clever Boys look a real force and while their CAF Confederation Cup exit was frustrating, their domestic form is on the rise.

With Gavin Hunt at the helm, Wits will only continue to improve.

Gavin Hunt has Pitso Mosimane's number, no doubt about it.

The three-time league champion schooled his SuperSport United predecessor once again as the Clever Boys trounced the Brazilians in Johannesburg for the second year in succession.

While they might have been tactically inferior on Tuesday, and while many may think that's it for 'Downs... think again.

Last season a 3-1 loss at Bidvest Wits ignited a winning run of 10 matches as Sundowns claimed the Absa Premiership title from right under Kaizer Chiefs' noses, while Bidvest Wits stumbled into third.

The defeat might just be the spark that starts the Sundowns engine once again.