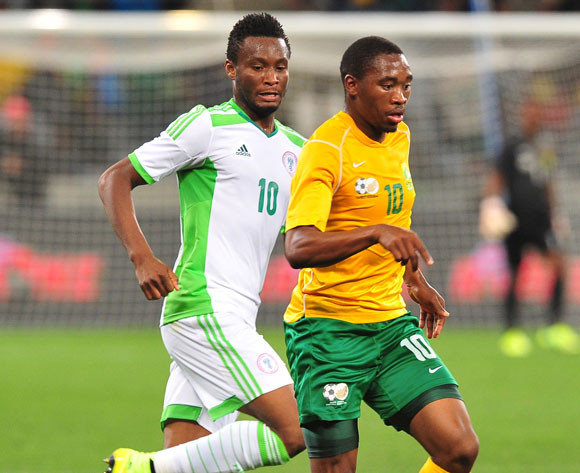 South Africa will later on Friday confirm a high-profile friendly against Nigeria for March 29, AfricanFootball.com has learnt.

Earlier this week officials denied such a match was in the offing.

Officials told AfricanFootball.com that the match will either be played in Free State or Johannesburg.

Nigeria had planned a friendly with West African perennial rivals Ghana for March 29 in London, but world football governing body FIFA called it off because it was against the rule for a team to play international friendlies within two continents that will involve more than five hours flying time between the continents.

Nigeria will now play Bolivia on March 26 in Uyo before flying out to South Africa for another friendly with Bafana Bafana three days later.

Last October, Bafana upstaged the Super Eagles in Uyo to qualify for the 2015 AFCON after they were forced to a 2-2 draw.

Both teams also played out a goalless draw in a first leg 2015 AFCON qualifier in Cape Town in October.

South Africa have recorded only a win in a friendly against Nigeria, that was a 2-1 victory in the Mandela Challenge in November 2004.